Gun Store in Western Suburbs was on Verge of Foreclosure! 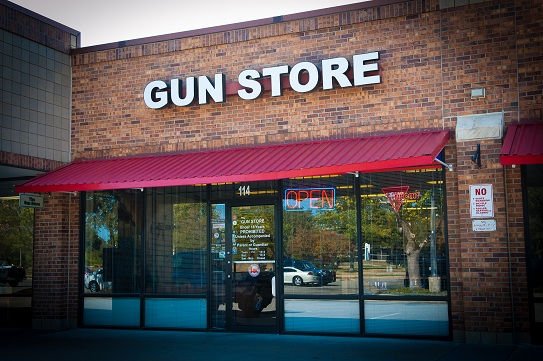 In 2015 this gun store opened in the western suburbs in a building that the owner was able to secure with a contract for deed (land contract) with a local community bank. This building was a real estate office and had been vacant for many years. The bank was happy to get someone in there and finally had a plan to get this property off their books.

The gun store owner put up a lot of his own capital to get the place code compliant and open for business. He also put down a significant amount of money for a down payment. Not only that but every month a portion of the payment went to principal which after 3 years added up. Quite frankly, he had a lot of skin in the game.

Like all Contract for Deeds (land contracts) the lessee is given a certain amount of time to exercise the option otherwise they lose all their down payment, principal payments, and funds they spent on improving the property which was quite significant in this case.

The problem is that the owner did not have a sufficient amount of money for a down payment to get a mortgage, so we needed a lender who would look at the appraised value of the property and lend on that rather than the option price which was lower.

The other problem was that the gun store was not posting a sufficient profit yet on their tax returns to qualify for a loan of that magnitude. We were actually able to secure him a stated income loan based on Year to Date 2018 earnings instead of just focusing on the last two years which would not be sufficient.

Another side benefit from our loan is we were able to negotiate the principal of the loan down with the bank about 50K. The gun store owner now not only did not have to close his store but he had an additional 50K in equity right off the bat. So when life gives you lemons….Make that Lemonade!

Become Our Next Success Story